A call to (lay down) arms for Sustainability enthusiasts 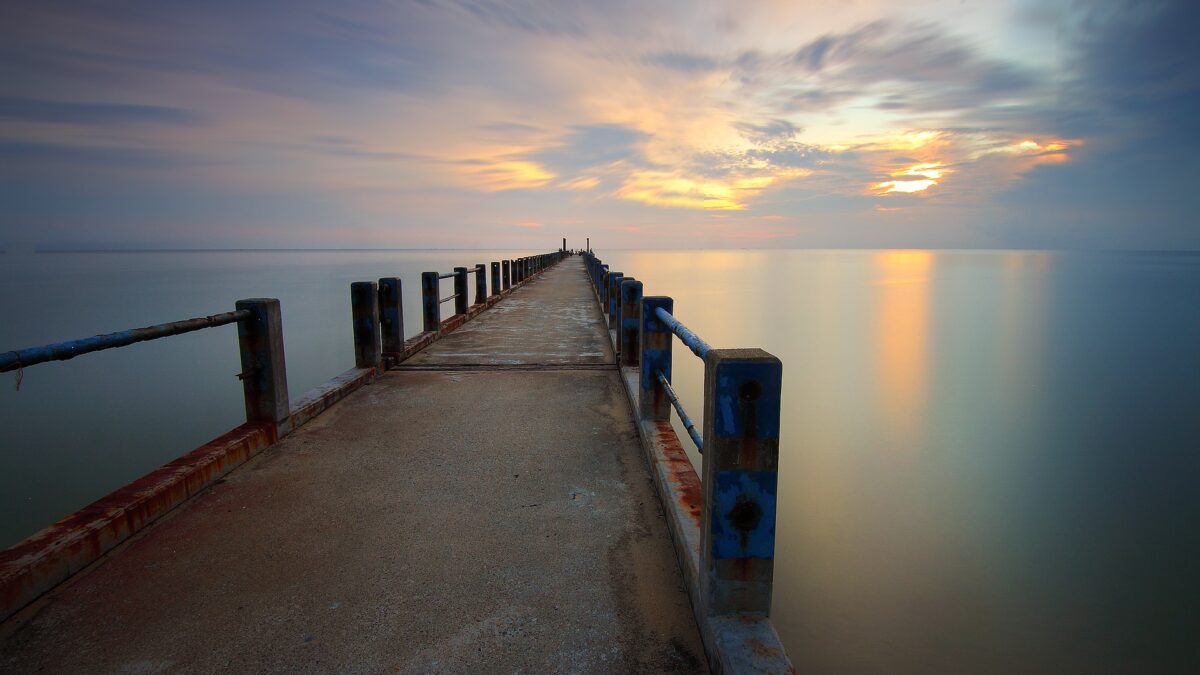 Today I begin the publication of a series of 5 articles about the Dawn of a New World, i.e. the scenario that the Covid-19 crisis (really a Climate Change crisis) is preparing for the quantum leap of humanity in a completely new dimension.

Part One: the Context

The generations living through the “pandemic” from COVID-19 in 2020 will witness the birth of a New World, and the crumbling of a global paradigm that seemed invincible and overwhelming.

It’s not that there haven’t been other important epidemic events in the short history of humanity, not to mention the massacres of tens of millions of people at a time that humans have inflicted on themselves through wars. No.

But it seems to me that there has never been an event that has caused such a profound shock to an entire system of beliefs and values in the short space of a few weeks. I will deal with it from the particular point of view of sustainability, reflecting on the future of this approach to human activities, with particular attention to business and the economy, to the challenges and opportunities that the situation presents. Starting from a consideration that I feel strongly: nothing will ever be the same again. Why?

The COVID-19 epidemic is reminding human beings of their fragility, their vulnerability to the Laws of Nature, brutally underlining the impassable limits of our powers. Indifferent to our hubris, it throws in our faces our inevitable mortality and the futility of our sophisticated weapons, our machines, our supercomputers to free us from something that we have been trying for centuries, never as hard as in the last seventy years, to remove. This situation triggers fear, panic, irrationality and in some cases the aggressiveness of the hunted animal. A real bad situation it is. It will pass, but we will be profoundly changed. If we don’t change our fate will be sealed and deservedly so.

Only a blind person (metaphorically speaking) could not see in the current situation the demonstration of the pretentiousness of Homo Faber’s dominion, being such “Man as the creator, capable of creating, building, transforming the environment and the reality in which he lives, adapting them to his needs”. The current “pandemic” is a proof that we are NOT in a position to dominate the environment and adapt it to our needs. We have been deluded for centuries for some reasons, among which the first is that Nature’s times are long, so there is a phase of inertia in the changes; our focus on extremely short periods has prevented us from seeing them coming. Moreover, the so-called civilized societies have systematically exterminated and swept away the native peoples, those who practiced the opposite paradigm: THEIR ADAPTATION to the environment, to satisfy their needs while respecting those of the ecosystem. We didn’t want to see what they were showing us!

In a recent article published by Business Insider, some considerations from Dr. Giuseppe Miserotti, a very experienced physician, former President of Physicians Association and a prominent member of ISDE (Italian physicians for the environment association), connect with lucidity Climate Change, ecosystem changes and human health: in short, it illustrates the connection between Climate Change and events such as the current “pandemic”. This connection is confirmed by the parallelism between the data of the “pandemic” and those of air pollution from human activities. Several other scientific sources correlate Climate Change and risks to human health (e.g. Dr. Aaron Bernstein, https://insideclimatenews.org/news/11032020/coronavirus-harvard-doctor-climate-change-public-health). The same connection is being drawn by a growing number of scientists from all over the world.

Starting from the biological and epidemiological analysis, the considerations come to a conclusion that is of extraordinary power: the speed of the changes we have imposed and are imposing on the ecosystem does not allow our biology to adapt. In practice, if we do not stop, we seriously risk committing suicide as a species. Ironic, ain’t it, that we are so proud of our “superior intelligence”…

To avoid misunderstandings, I stress that I am NOT arguing, nor does the article quoted, that COVID-19 is the “ultimate threat”: let’s be calm. Rigorous epidemiological data indicate a completely different situation. If anything, the Italian situation, of the crisis of ICUs, is the consequence of foolish public health policies that have lasted for decades. But here I will stop on the subject.

I will instead consider that from “tomorrow”, when we resume our activities, we will do so in a radically changed framework: in what? In the relationship with the context.

Until today, human activities have been designed and executed in such a way as to make the most of the context, exploiting, modifying and adapting it in order to grow continuously, in quantity and pretentiously in quality too (I say “pretentiously”, since from the overall state of health of humanity – WHO data, for example – it seems that quality of our lives is not that great). Human needs, real and marketing induced, were the focus of the effort, the ecosystem a passive element of the paradigm: a source of resources to be exploited at the lowest possible cost and indefinitely.

From now on, if we have any common sense left, we will have to consider the Context as the center of our activities, a finite element and a complex system, substantially unchangeable in “human times”, if we want the ecosystem to remain fit for our living existence. So here we come to “pre and post COVID-19” Sustainability.

Until now, Sustainability has been mostly considered a “Nice to Have”, something that was good to boast about because it could be good for business, tickling consumers at the tender point of a developing environmental sensibility. It was, in practice, the latest “spin” from the marketing departments. Only very few companies saw in it an essential element for the continuity of their business and for the protection and improvement of their performance. The almost exclusive focus on the financial aspects of economic activities, and the still prevailing theory of Shareholder Value (we are still waiting for the passage to the facts and significant changes from the high-profile statements made by famous CEOs in recent times) have kept the course on economic results and super traditional business management.

As a matter of fact I’m not at all impressed by the billion-dollar donations to counteract Climate Change by business leaders whose businesses are among the major contributors to it.

Some companies have embraced the idea that the purpose of a business isn’t just profit, but also to generate some other kind of positive effect: very well. Frankly, I don’t see those many examples of radical rethinking of the business model around. The recent talks that I had with one of the world’s largest NGOs on the social impact component of business sustainability confirmed to me that we are still a long way from the necessary level of attention an action.

So far, the vast majority of “Sustainability”, as well as “Sustainable Development”, has been essentially greenwashing. I am saddened to have to say this, but that is what I see almost every day. No later than yesterday, a large company, in a “hot” sector with respect to the sustainability associated risks, answered to the proposal of a strategic and supply chain reflection in view of more engagement in sustainability that its only interest was for a “sustainability certification” to be attached to the brand: little mattered to them “how” they would obtain it.

At best, companies consider “sustainability projects”. These are typically siloed, bolt-on actions, something that my Harvard mentor, Bob Pojasek, one of the world’s leading experts on embedded sustainability, abhors above all else: random acts of sustainability. Such actions concern specific issues, usually about environmental or energy aspects, of the activity of a company. All the rest remains business as usual, leaving the global impact of its activity and the consequences of its economic model on the ecosystem substantially unchanged.

There are perhaps a few hundred companies in the world that have taken this matter seriously, changing the way they “live” in the world. Among the very large ones, perhaps we count them on the fingers of one hand. A tiny few to prevent a mass extinction…

The drastic measures taken by several States in relation to the COVID-19 “pandemic”, i.e. a phenomenon of limited magnitude (with all due respect to the individuals affected or by the respiratory syndrome or by the guilty inadequacy of the health system), are “water and sugar” compared to those that shall have to be taken in the face of changes of epochal magnitude in the climate and their consequences.

Those familiar with the agricultural world and the food supply chain have been observing the accelerated effects of global warming for some years now. When you are in direct contact with Nature it is easier to perceive directly the changes that are taking place.

Those who work in fields directly impacted by mass migration phenomena, or who follow them for personal interest and sensitivity, have at least begun to understand how there is no longer an “elsewhere” to discharge our problems upon and that the “butterfly effect” is much more than a cute phrase to print on teenagers’ T-shirts.

So far, despite the fact that science has spoken clearly and has been doing so for years, with tons of data and a 99% consensus in the experts’ community, the political and economic ruling classes have largely lent a deaf ear, at best signed empty proclamations, made formal commitments without sanctions for their violation and basically let the situation go from bad to worse. In fact, the only politics seen in relation to the climate change situation has ben the “ostrich politics”: burying their heads in the sand and hoping that no one really notices what is going on.

But when wars over access to water will become global, to hint at a possible future, or when hundreds of millions of people will set in motion in search of a chance to survive, when food harvests will become difficult and scarce in most of today’s temperate zones and wheat will be a rare commodity, when climate change will have altered biological cycles at a rate to which many species cannot adapt, then we will regret today’s limitations for the COVID-19 crisis as a happy and easy period of our lives.

Catastrophism? Or realism based on IPCC data?

Who really wants to play the “Russian roulette” with such bullet?

Who will still be able to look in the mirror and say “my activity has no effect on this global situation” and remain indifferent? Or boast about its company’s “sustainability” because of a marginal act of environmental goodwill or some act of philanthropy?

Someone will, for sure: natural selection will get them out of the way. For others, more open and receptive, it’s time for a huge change of pace.

What this will mean for businesses and their leadership we will see in the following articles.

End of Part One