HomeBlogNewsAre you a Leader that People would follow in a Gale?

Are you a Leader that People would follow in a Gale? 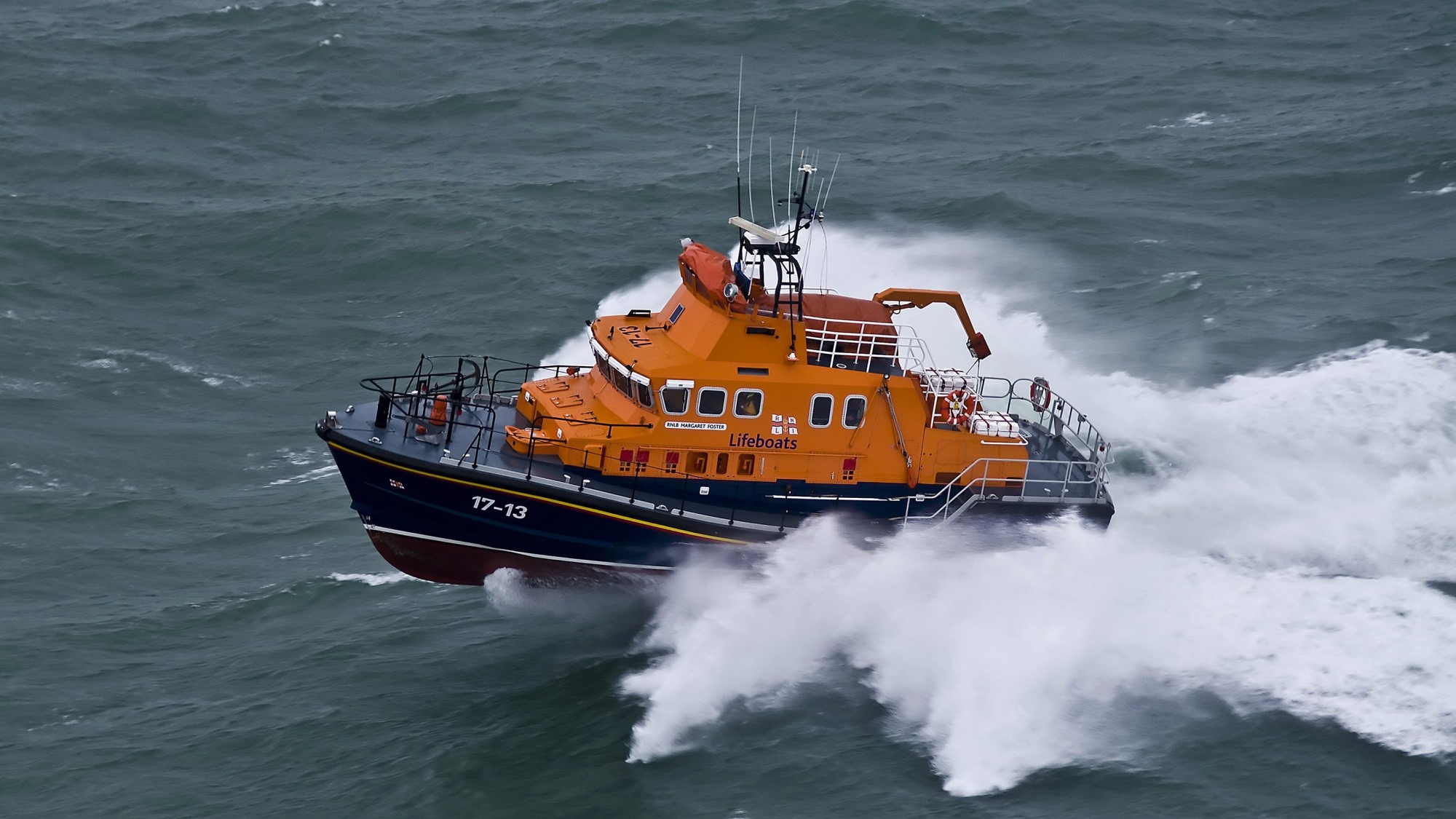 Leadership is a meaningful word that is too often spoken by unworthy mouths, or in inappropriate contexts. The image that illustrates today’s post is one of a Severn Class Lifeboat of the glorious UK RNLI, a service formed by courageous volunteers that put their lives at risk every day in order to save people in danger at sea. They are just great! (By the way I am so glad that for years I could be among their millions of supporters: they highly deserve the strongest support).

What I am sure of, is that when they go out to sea, in the roughest conditions, and know that they are facing severe risks, they have 100{f62d5d00145dc1761a46bb3b9876f4fb2b6782fa0e48784c716da9a8908fe5e5} trust in one another, and who is in command will be the most trustworthy. One who certainly follows the oldest of rules of Leadership at sea: he/she will be the last to leave the ship, in the worst case, and only when everybody else could be helped and taken care of. That is what gives to the Captain the right to command, to have a single cabin and some comfort (not on a Severn, though) in an environment that is seldom lavish with comfort. Lack of Leadership from a ship’s commander leads to mutiny. Something which, sometimes, can even be legally justified.

Why am I mentioning this? Well, be it a lifeboat’s commander or a CEO, a Leader should be one who first of all protects his/her people and takes care of them and their wellbeing, while pursuing the mission of the organization. Leadership is something that is very much talked about today, but it is as old as the Homo Sapiens. It is rooted into our biology and in our nature as a social species. We are strong because we are social, not as individuals, and we thrive when we are organized in a way that is functional to the wellbeing of all the pack. We thrive when we cooperate and when we care for the whole group. The Alpha male and female in a wolf’s pack eat first: true. But they make sure that everyone else eats, too. They are also those who will put themselves in the line of danger and give up their life, if necessary, in order to protect the group. This is the deal, and in order to keep them strong the others accept the hierarchical rule. This rule is not tyranny for the sake of the Alfa privileges, like in many companies today. Instead the Alfa’s are those who work the most, and who take the worst risks in order to fulfill their part of the deal. Like and Alfa in an animal pack, I am sure that the Captain of a Lifeboat is the one who stays up at night to watch the gale reinforce, and does everything he can to make sure that in case of need the vessel will be ready to launch and his/her people will sail to rescue in the best safety condition possible.

The N° 1 Keyword of Leadership is RESPONSIBILITY

What an aspiring Leader should understand from people on Lifeboats, is that the first and foremost element making an effective crew is trust. You must earn trust. We humans have a sixth sense for detecting trustworthiness and its opposite. It is pretty quick to act and it gives foolproof information. We might be scared into ignoring it sometimes, or strongly culturally conditioned, but its alarm will ring nonetheless and even if we don’t distance from the untrustworthy person, we will collaborate for the minimum. Because we don’t waste our energy with those who are not worth it. Humans don’t walk the extra mile for an unworthy leader. Not even an extra inch.

Now: in the recent decades, with the spreading of the Wall Street-mentality and the ever increasing financial mindset and focus of management, human relationships within organizations have suffered. Greed for short term results and bonuses, with concentration on quarterly results more than on long term performance, has led to a squeezing attitude where people have become disposables, and “leaderships” have thought that their own wellbeing and safety should be earned at the expense of their people. The opposite of Leadership as it is in our nature. What happened, as a consequence? People are more concentrated on guarding their backs, and protecting themselves from their bosses and colleagues, than about their work’s objectives. Distrust is a frequent “rule” and if there is performance measurement it is generally perceived more as a disciplining tool, to be scared of, than a support for improvement.

In such an organization, performance is poor, productivity is low, efficiency is a forgotten thing and innovation lags behind. Such is the typical multinational conglomerate. No surprise that the most recent Gallup survey of the American Workplace found out that in the US, where such leadership paradigm is stronger:

Since we know that P = A x M (Performance is a function of Ability x Motivation) no surprise that the outcome of a poor leadership, thus poor engagement and motivation, is poor performance. If you add that in an organization that gives little value to its people there is usually little or no investment in increasing Ability, i.e. continuous training, all is set for doom. It is the exact opposite of an “RNLI situation”: great motivation, strong engagement, reliable and trustworthy leadership. Hence the many people successfully rescued at sea.

Technology has done its share in creating this grim situation. More and more “communication” is technologically mediated. People see each other less and less. In some places, people in adjoining rooms “communicate” just by email. I distinctly recall of a manager friend who, just hired in a new company, went into the close-by office of a colleague to talk about something they were doing “together” and was met with a “what are you doing here? We send emails, in this company”. She resigned within the first year on the post. A huge loss for the company, I’d add…

Unfortunately, or in my opinion luckily enough for human beings, more than 60{f62d5d00145dc1761a46bb3b9876f4fb2b6782fa0e48784c716da9a8908fe5e5} of human communication is nonverbal, meaning that in order to really comprehend each other, and collaborate, we need to communicate face to face. Simply put, this is why I prefer a GoToMeeting®  or Skype® session to a phone call, let a lone an email. Having said this, since this post is not specifically about communication, I will just point out that the more people get isolated and the quality of communication plummets, the less sharing and engagement in a “common purpose” they can have. Hence the disengagement and the diminishing motivation.

I am sure that crews of RNLI Lifeboats do exchange little emails, rather they meet at the local pub, or parish, or sailing club and they do maintenance work on the vessels together, sharing their leisure time. They don’t get perks out of their volunteering. They get a meaning: they save lives. What a purpose! And they have a strong feeling that they do it together, as a team. The Leader is trustworthy, and the crew is who wins. No one on a Lifeboat would sail out to sea if they did not trust their Captain and Coxswain. Why should it be different in work life?

If you are in a position of Leadership, you have to make sure that your relationship with your people is of the kind that they would follow you to the bitter end in a storm, because they trust that, whatever the outcome, it will be better by trusting and following your lead you than the opposite. Such kind of Leadership includes  recognizing that everyone in the team has his/her own specific competencies and talents, some (many) of which you have not. Let them put them at work! Even more importantly, such Leadership includes the fact that you are “with the team”, for good and for bad, and take responsibility for your command.

I will close this article by giving some key points about how to implement such good Leadership, coming from personal experience as CEO and also as a racing sailor who had the chance to crew under one of the best skippers of the time.

1 Be True. This, actually, is my favorite Gandhi writing: just two, powerful words he gave to a visitor in one of his weekly days of silence. Don’t pretend to be someone else, and act according to what is your honest knowledge of what is true and real. Be honest to yourself and to others.

2 Be transparent: hidden truths and lies have a pernicious (well: healthy, in my view) tendency to reveal themselves, which brings about unpleasant consequences. Your people will all the time have feelings about what is going on. It’s best they are correctly informed than speculate on inaccurate rumors.

3 Trust people: people understand much more that some Leaders expect, provided they are given the relevant information and can feel that you are honest and transparent. I personally experienced this more than once.

4 Engage people in decision making: when deciding something that involves your people, engage them in the decision making process. Quite often, they may come out with a solution that you had not thought about. Besides, autonomy is one of the greatest motivators: give people a degree of it in deciding about their activities.

5 Remember: you are human too. A Leader is a human being exactly likewise the rest of the people in his/her team. Too often those in position of authority get to believe that they are somehow “superhuman”. That’s bulls..t! For as much as you may be clever, knowledgeable, qualified, experienced… you still have your weaknesses and frailties. Look out for help: better one time too much than one too little. It is a perfectly honorable thing to do.

6 Never say Never. Your people will surprise you endless times if you trust them to be capable of the apparently impossible. The human potential is immense and one of your main responsibilities as Leader is that of fostering the full expression of the potential of your team’s members.

Well, for today I think that it’s enough stuff to digest. If you can be that kind of Leader, I am sure that you will be gratified by the trust and full engagement of your people. The day that a storm hits – and storms happen in business as well as in private life – they will all stand by your side and you’ll succeed in your mission despite the adverse weather.

Should you wish to discuss how to make this happen for you I am there for it. Just email me and we’ll set a meeting where we can find out the possibilities for your organization.