HomeBlogBlogReverse accountability: how to turn your management system upside down

Reverse accountability: how to turn your management system upside down 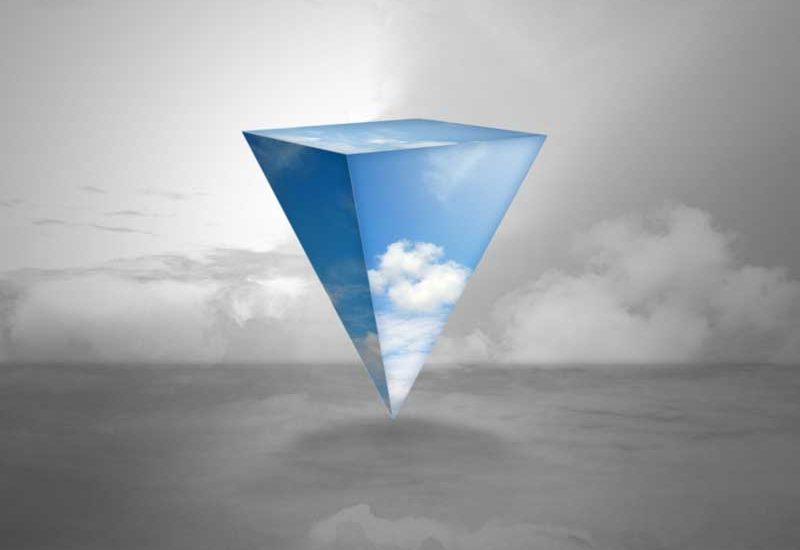 One of the obsessions of management is, rightly so, “performance”. In practice, how much the resources involved in a process are put to good use. So far nothing original, indeed: it is a manager’s duty to make sure that the resources at his disposal are used at best. But it is very interesting to look at organizations with the detached eye of the outsider and realize that the most widespread management models are utterly ineffective in delivering the best performances. Why? Basically because of the growing chasm developed in the recent past between humanities and economic / technical sciences. While human activities are always, by definition, based on the work of the human “person”, management models have increasingly been founded on logical-mathematical or arithmetic-financial aspects lately. As I have been able to express in the last year in many contexts where Industry 4.0 was discussed, sometimes with excessive superficiality, if this incongruity is not addressed and resolved soon, the next so-called “industrial revolution” will result in a catastrophic failure. The more sophisticated the technology is, the more one has to invest in people, to make them capable of maintaining domination over machines and of turning their increasing capacity to serve humanity. Unfortunately, it is enough to look at the disparity between investments in artificial intelligence / technology and those in human intelligence / social development to understand that we are rushing to three hundred Km an hour against a very solid wall.

But there is still time to make important corrections, thus hope of course, so we may come to the issue to which the title refers.

In a very interesting experiment crowned with astounding success, the CEO of an Indian IT giant translated his reflections on how to re-launch the performance of a company that was slowly sliding into crisis in a Copernican revolution of the traditional management model. One of the most considered opinion makers in today’s world of international business, Mr Vineet Nayar, former CEO of HCL and currently full-time philanthropist, started from a very simple, apparently trivial question: where is value generated in our company? The answer he found was “in the space between our “last” employee and the customer”, indicating with “last” the individual, or the group of people, who in practice make the product / or deliver the service that the company provides to its customers. It can be the actual manufacturing workers, but also the vendors, the customer service staff, the assistance team, the design team … of the switchboard … In practice, such was the revelation that illuminated Nayar, the task of the organization’s head at the centre should be to enable the periphery to do its work, achieving the best use of resources, or the “performance” as intelligent and self-determining beings (to a large extent). Such is the opposite of the still dominant culture of management, where the focus is on controlling the employee so that he “does his job”, i.e. achieves the goals set by the management. This, in too many cases, while management is engaged in power struggles, career efforts and, unfortunately, often incompetent to motivate and inspire.

The great discovery of Nayar, therefore, was inverting the pyramid of accountability by starting to hold managers accountable for enabling their collaborators to achieve their objectives with the maximum effectiveness and efficiency, generating the highest value. Such titanic, progressive work that brought exceptional results is narrated in a compelling book “Employees first, customer second” (Boston, Harvard Business School Publishing, 2010). I really recommend reading it to those who want to deepen these reflections. Especially to those who should doubt the potential of this approach: the business results reported in the book are just crazy.

In essence, however, this approach constitutes a real managerial revolution because it brings back the focus on pursuing the full expression of the potential of human beings, putting the organization at the service of people and not vice versa, likewise we see too often.

The reversal of accountability must be seen not so much in terms of “control”, which is also an old and ineffective tool. It is not that in this paradigm the collaborators should “control” the manager. Rather, we are moving towards a more collective, shared, engaging effort that is inspired in some respects by the “Agile” methodology created by the Manifesto for Agile Software Development in 2001. It is about engaging the whole organization in intelligent observation and discussion about what is working, what is not and what can be improved and how. Therefore, information and feedback flows change dramatically, something that has a very strong impact on performance evaluation methods too. Customers are much involved in the development of products process, but also in the feedback and evaluation process, thus making them vital parts of a virtuous cycle of continuous incremental improvement that, in itself, generates value.

The very concept of “evaluation” hence requires a total rethinking and thus does its timing. While many companies are still accustomed to annual assessments against set goals, where the most advanced model is one of the many “360 degrees“, new approaches are taking foot. Moreover, in an increasingly accelerated world, where projects, or their component units, are carried out in times much shorter than the year, continuous improvement and adjustment in “course of work” are indispensable. The usual hierarchical models in which evaluation serves to implement the stick / carrot policy, and performance expectations are attempts to crystallize a-priori an uncertain future, will be progressively replaced by feedback and evaluation models that are markedly mutual improvement-focused. People and roles will tend to come to level in the common effort to realize the raison d’être of the company: the satisfaction of some essential needs of its stakeholders.

Relevant companies such as P & G, GM, IBM, Pfizer, Gap and many others are in full transition to completely new assessment models and responsibility patterns. Of course this process implies addressing some strong resistance from a conservative and habitual managerial culture. The results are nonetheless encouraging. This said, there are some characteristics that I think are very important so that such accountability / responsibility system works:

Beyond the motivation issue, an approach like the one briefly described above leads progressively to make the most of the entire human potential present in the organization. It maximizes both the engagement and the opportunity given to everyone to contribute innovative and original ideas to the ideation of solutions .

An interesting consequence of the approach of reverse accountability, or more properly I would say “functional” accountability, is the shift of decision-making powers. When the responsibility for value generation and process quality assurance is delegated to the “field” teams, a decision-making power share must also be delegated to enable the implementation of the behaviors that are the outcome of the feedback and observation processes. This is another passage where it should be very interesting to see how the most traditionalist management will react and how it may be effectively engaged. I will perhaps deal with this issue in a future article.