HomeBlogNewsTo full Sustainability we are all but Children

To full Sustainability we are all but Children 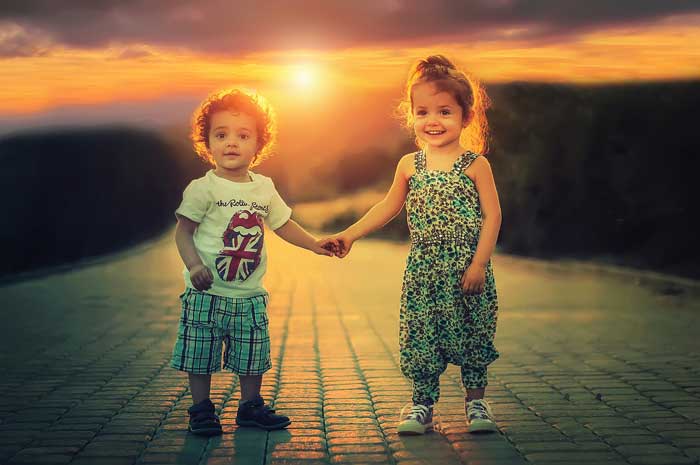 Sustainability is the future of human activity, in every single aspect. Humanity has stretched the limits of the Ecosystem it lives in almost to the breaking point. Be it climate change or social injustice, we have messed up the amazing resourceful Planet that we should love as home. Am I being too romantic?

Prof. Chris Laszlo, at the beginning of his excellent book “Embedded Sustainability“, written with prof. Nadia Zhexembayeva, makes a very good point in linking apparently disconnected activities across the Planet in an unavoidable relationship that quantum physicists know very well: everything is connected, and economy and business don’t make an exception.

The problem that we are facing as humanity, though, is that we have been so stupid along the last – more or less – 15/20 millennia as to build a society which compresses the immense potential of human beings into the limits of what is known. Our educational system is designed to break down creativity and to create new waves of “yes people“, trained to comply wth the rules and to repeat by heart what was taught to them or written in books that they had to study. Although we love movies like the “Dead Poets Society” and others that point out to how stupid the system is, we are mostly trapped into repeating what our predecessors did. At best, as the wisdom goes, we make huge efforts to improve the candle in order to have more light and we exult when we make a “breakthrough” by inventing the electric bulb. Is it really a breakthrough? Is it really a revolutionary invention, a leap forward for humanity? Where did the electric bulb, with its whole backing system, take us? To big, centralized plants powered by coal, oil or nuclear sources and super expensive grids. Not a big improvement, in the end!

I drive a hybrid car, thus I can describe myself as quite a fan of electric cars. However, I have recently had the opportunity to participate in a nice discussion over the sustainability of electric cars. There were intelligent arguments both on one side and on the other, considering the pollution, the energy and materials of the whole life cycle of the car, disposing of the batteries, generating the energy to either produce hydrogen or charge accumulators… All very interesting. But what it really the level of debate we need? Ain’t we struggling improve the candle?

Here is why, not being romantic but earning my bread as inspirer of visionary leaders, I have to ask a question: is the future of sustainable mobility the private car? Is the future of human mobility more of the same personal repeated displacement as we had so far? Is it more millions of daily commuters that go through frustrating journeys to sit at a desk for 9 hours? What is the big deal in making a car electric when we still have billions of private cars getting stuck in traffic jams and billions of humans unhappy of their lives? Is it really smart to possess objects that sit in their parking for 92 percent of the time and yet take a lot of resources to be made and… unmade at the end?

Provoking this article is meant to be. Thus if you are upset, or think that I am exaggerating I have achieved my objective so far. In a nutshell, in order to make human activities sustainable we have to change our way of thinking, challenge the status-quo, dare DO THE UNTHINKABLE. We have to think “systems” and be revolutionary. Why I say that we are but children? Two reasons:

1First reason is that Sustainability is at its beginning. For as much as many Companies boast that they are “sustainable” not even a champion like Interface is yet 100 percent sustainable in its production, although they are admirably advanced and an undisputed leader on the way. To change the whole business and consumption model of an industry into 100 percent sustainable is a journey that has to be taken on with humility and engagement. Interface is an inspiring example and yet, they are still on the way. A whole new understanding of sustainability has to emerge and new societal and economic models have too. Then, when we’ll have them, we’ll have to think accordingly to those new paradigms. Until then, we just have to dare be revolutionaries and, as I said, dare the unthinkable (according to the current paradigm, indeed)

2 Children are pure, until they enter a schooling system that is designed to crush and format them, and their view is not biased by the “as usual”. A spiritual Master of the last century, Jiddu Krishnamurti, wrote a book to plead for freedom from “what is known“. We have to reconquer the innocence that forbade us to say “it’s impossible” before we tried something that we were inspired to do. And yet, as much as we like – and post on socials – quotes like “It always looks impossible until it’s done“, we have been educated to think “impossible” everything that is unconventional. The path to sustainability is one where “children” shall be listened to attentively and supported to realize their dreams, which are VISIONS, not side-effects of sleep.

The future of economy starts from going back to its etymology: the science of taking care of our Home. That’s why sustainability is something where women can have an edge: they are best at taking care of what’s important. They give life, they know the value of life. And life goes by the laws of Nature. As my associate in The Embedded Sustainability Initiative @Alexander Prinsen teaches us: “the future of energy and industry will come by observation of Nature, its cycles, its processes and their applications to human activity”. Children, by the way, are fascinated by Nature and they have a capacity to observe it and be inspired by it that should be a priority of school to help children learn from Nature.

After quoting from the Gospel where children are clearly indicated as those to pay attention to, I will conclude with a further question: will the sustainable future of humanity be fostered by our schooling system? Or shall we just get rid of the whole current system of formal education and look back a the future that was invented long ago by Rousseau, Pestalozzi, Steiner, Montessori and Gandhi? My answer is no to the first, yes to the second.

Let’s unleash the human potential, beginning with free and creative education (Etymology: “pulling out what’s already in“) of children. Let’s STOP prizing Universities that stamp out people who think all the same and cannot see but the numbers of a balance sheet, without understanding how they make those numbers. Generating value needs a holistic look at the needs of a society that, although rich in bank accounts, has depression as a second cause of premature death or disability (WHO data: DALY index). While pollution and unhealthy lifestyles follow suit. Value generation requires the capacity to ask naïve questions and listen to the answers. It demands the innocent look that allows one to see that the core business of yesterday is but a trifle to something completely new that can come out of waste – which is then no more.

Sustainability is at its dawn. It is for entrepreneurs to lead with honesty and courage the journey of society towards a future where the environment will be respected as the support of life that it is, society will be inclusive, healthy and prosperous and businesses will return to the original purpose of serving the Needs of their customers and of all of their stakeholders.

If you want to check how fit your Company is to be among those leading the march just take our survey and you’ll get our free Preliminary Report to indicate you the most pressing steps to kickstart (or speed up) your voyage..